In the ’60s, a new form of music was changing an entire generation.  It was during this fertile time in the development of rock and roll that three friends, Louie Ortega, Frank Paredes, and Randy Pybas began their musical journey.  Heavily influenced by, not only rock and roll, but by country, blues, gospel, and the singular sounds of traditional Mexican music, they began a journey that would span five decades.

In their late teens, Louie and Frank formed the seminal band, Louie and the Lovers, and began to craft a unique and vibrant sound that caught the ear of their neighbor, who coincidentally happened to be Doug Sahm, band leader of the popular Sir Douglas Quintet.  Impressed by their music, Doug took them under his wing and introduced the boys to management at Epic Records.  The result of that meeting was to become their first single and album RISE, which shot to the top of the playlists of disk jockeys across America. Bolstered by their success, Louie and the Lovers went on to record for Jerry Wexler at Atlantic Records.

As the ’60s gave way to the new sounds of the ’70s, Louie and Frank along with Randy became the core of their new band, Salsa Brava.  Continuing in the spirit of Louie and the Lovers and the eclectic musical influences of their youth, they charted a six year course honing their skills while playing alongside some of the best know acts of the time. Eventually, the three friends ventured off the pursue solo musical endeavors, all the while maintaining their friendship and common love of music that had so heavily influenced them.

It would be 25 years later that former Salsa Brava guitarist and band mate Don Kirkpatrick (currently of the Rod Stewart band) would make the suggestion that the three lifelong friends revisit the musical quest that they had originally begun.  Supported by guitarist Rob Espinosa, formerly of It’s a Beautiful Day, drummer Dean Giles, and Baritone Sax Greg Smith, Salsa Brava has become what is today Rio Salinas. Back in the studio and on stage, they are once again performing the music they have spent over 40 years perfecting for their eager fans worldwide. 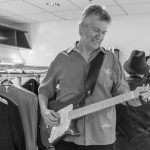 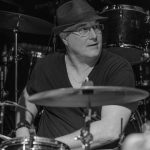 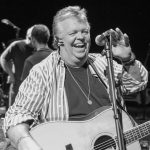 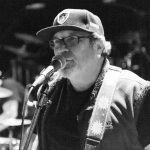