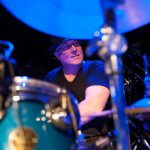 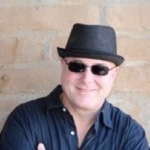 Today, Dean is part of the foundation, along with Frankie Paredes on bass, that supports and catapults Rio Salinas forward. Once you see and hear Dean performing, you’ll know why he’s the logical and exciting choice for Rio Salinas.

Dean has recorded music for commercials, television and films including Fit Vid productions for Dancing with the Stars and Jane Fonda, films for the Showtime network, NBC TV shows and several independent film productions. Other accomplishments include appearing in Modern Drummer and Drum magazines, writing for Drum Tracks and Jazz Exodus magazines and appearing in independent films.