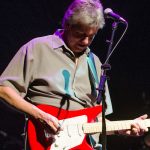 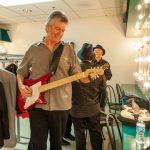 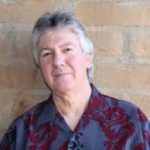 At the age of 5, Rob became a ‘musical prodigy’ of sorts, studying under the tutelage of Dr. Lambert, the head of the music department at San Diego State University as his ‘gifted’ piano player. He played many recitals over a number of years at the University, performing all styles of classical music with musicians of all ages.

This worked great until 1968 when the Beatles released the song Daytripper and Rob knew that he had to play the guitar instead of the piano. Self taught in guitar, Rob joined The New Vaudeville Band in 1973, whose number one hit, Winchester Cathedral, was still drawing recognition. He toured extensively with the band until 1977.

Rob retired from the ‘road life’ to Chicago, working as a studio musician for Warner Brothers before settling in Boulder, Colorado, performing and also working as a radio DJ. In 1986, Burt Reynolds offered Rob a position at the Burt Reynolds Dinner Theater, entertaining and working as a liaison between Burt and his celebrity guests.

When the theater closed in 1987, Rob returned to his native California to join an international ‘show band’ where he performed, wrote sketches, and assisted as vocal director. During this time, Rob had the opportunity to play with such artists as Vince Gill, Glen Campbell, Tommy Smothers, Huey Lewis, Kenny G, the Gatlin Brothers and the late John Denver. Growing weary of the non-musical aspects of ‘show band’ life, Rob joined up with the Road Hogs in 1997, a premiere ‘rock & funk’ band in Santa Cruz, California.

In 1999, Rob was brought on as guitarist and vocalist for one of San Francisco’s seminal classic rock bands, It‘s a Beautiful Day. The band’s chart smashing single, White Bird, has enjoyed fame for many years following the psychedelic rock period of the late 60s scene. Rob continued to tour and perform with It’s a Beautiful Day until 2014, where he had the opportunity to share the stage with Tom Constanten of the Grateful Dead and bands like Jefferson Starship, Big Brother & the Holding Company (of Janis Joplin fame), and Quicksilver Messenger Service. He also performed at the 40th Anniversary of the Monterey Pop Festival and the Isle of Wight Festival with Jeff Beck.

Today, Rob currently resides in San Luis Obispo and is proud to be able to bring his unique musical perspective to Rio Salinas.