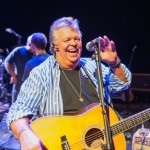 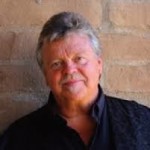 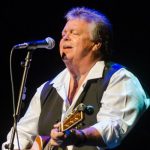 Singer/songwriter Randy Pybas began his love affair with music and the written word while growing up in the beautiful Salinas Valley of California. His earliest musical influences were the simple yet powerful messages delivered by the country roots, blues and rock n’ roll of the late 50s and early 60s and 70s.

While working towards a degree in Theatre Arts from San Jose University, he started his solo musical career. Immersed in the prolific bay area music scene, he also found himself drawn deeply into life in the Theatre. It was during this period, punctuated by the Vietnam War, that Randy crafted his first songs for the west coast premiere of David Rabe’s Sticks and Bones.

It wouldn’t be long after this that Randy’s childhood friends, Louie Ortega and Frank Paredes introduced him to the soulful eclectic sounds of Doug Sahm and the Sir Douglas Quintet. Working as a stagehand for Sahm’s band, he was exposed to an incredible array of music while touring the Grateful Dead’s 1973 album, Wake of the Flood. This would become a turning point in Randy’s life and would soon prove to become a musical compass. Fueled by this passion, Randy began to perform and write for his first touring group, Skyhook.

After performing and sharpening his creative skills with various bands over the next few years, Randy and his longtime friends Louie and Frank started a musical collaboration that would span more than three decades. Using the name Salsa Brava, the band put together a large catalog of original songs. Enjoying the popularity of their success, Salsa Brava would go on to tour with such notable acts as Asleep at the Wheel, The Mamas and the Papas, the Oakridge Boys, Dave Mason, Doug Kershaw, and many more.

Subsequent to the early years of Salsa Brava, Randy’s passion for theatre would find him becoming a member of the Screen Actors Guild. He would continue to write and perform both for television and film, most notably for Morling Manor Music and Media of Los Angeles.

Today, Randy and his family live in San Luis Obispo, located on the beautiful central coast of California. He still performs with L.A. based group Sons of the Sunset, while continuing to work for Electronic Theatre Controls. Forty years after their journey began, Randy, and his oldest and dearest friends, reunited as Rio Salinas, enjoy the realization of a life-long dream.