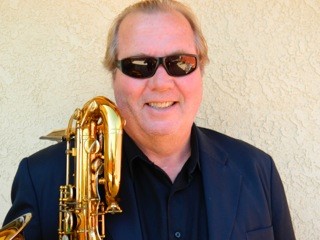 After Greg Smith spent three years in college in North Texas University and playing in the world renowned One O’clock Lab Band, he left school and pursued a career of traveling on the road with jazz bands.  He spent five years on the road with Stan Kenton, Harry James, and Buddy Rich.  He later moved to Los Angeles to pursue what would be a twenty plus year stint as one of the top studio musicians.  Moving to the Central Coast in 2001, he was then hired as a member of the Eagles where he was to play baritone Sax, and run the horn section for over eleven years.  Presently Greg is working with Louie Ortega and enjoying life on the Central Coast.